What's the difference between Oxford Limiter and the limiter built into Dynamics? Print

Oxford Dynamics is a powerful multi-purpose tool that allows you to control many elements of the dynamics of your selected track. It acts as a traditional compressor, whilst also adding Gate, Expander and Limiter functionality. However, of all these different options, the Limiter is the only instance that also has its own dedicated Oxford plug-in. So, what's the difference between the Oxford Limiter and the limiter built into Oxford Dynamics?

The Limiter section of the Dynamics plugin is a conventional peak limiter, which maximises the level of the digital signal but doesn't accurately meter the true analogue output. When applied to the mix bus in your DAW, this probably won't give you any noticeable problems at first. However, when the data is later encoded, for example as an .mp3 file to send to a radio station, it is likely that the conversion will introduce clipping and fuzziness where the true analogue output has exceeded the digital peak.

To combat this problem, a lot of broadcasters have introduced "standards" of volume and metering, so as to regulate the volume and quality of external sources. The best way to properly monitor for unexpected noise and fizziness later down the line is by using a True Peak Limiter. The Oxford Limiter builds on this idea by allowing you to switch to 'Recon Meter'. When this mode is enabled, the Output Meter is switched from conventional peak sample value mode into ITU-R BS. 1770 compliant True Peak mode. In this mode, levels in the red overload range of the meter represent the presence of potential reconstruction errors, as illustrated below: 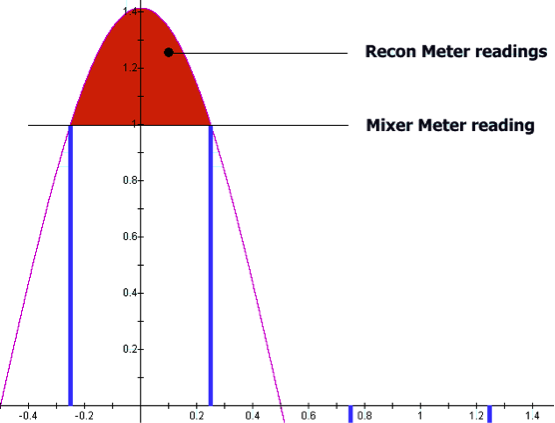 In practise, the Dynamics plugin and it's limiter section works very effectively if you want to limit single tracks, whereas you'll see the Oxford Limiter plugin used more often on a mix bus.

Did you find it helpful? Yes No

Send feedback
Sorry we couldn't be helpful. Help us improve this article with your feedback.